This is the second in a series of stallion spot light posts that I will be making. Smart Spook is still competing, and his offspring are just starting to enter the show pen. There are a number of his babies in Western Canada, and we should start to see them in the upcoming show season. Like a true champion sire, his babies are showing his classic good looks and by all accounts he is passing on his amazing talent. 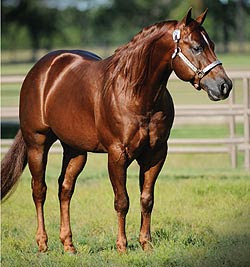 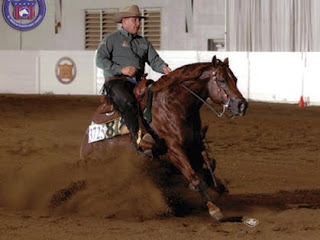 The following information is taken from Smart Spooks Website, where he stands at the Sterling Ranch, in Pilot Point, Texas.

Smart Spook is the leading money earning son of NRHA Hall Of Fame Stallion, Smart Chic Olena, who has sired earners of over $10 Million in Reining, Cutting and Cowhorse.

Smart Spook's dam is Sugarplum Spook by Grays Starlight. She is the producer of 9 money earners, winning over $447,622 and 335 AQHA points. She is also the full sister to NCHA Open Superstakes Champion, A Little Starlight who has won $205,000.

Smart Spook has very strong performance genetics on both sides of his pedigree, as well as great conformation and attitude, making him one of the best qualified and most exciting performance stallions of the new millennium. During 2004 Smart Spook earned over $190,000 culminating in his winning the 2004 NRHA Open Futurity. In 2005 he became the first horse in history to win back to back, the NRHA Open Futurity and then the NRHA Open Derby and finished up his year winning the AQHA Junior Reining World Championship. Smart Spook is also the leading earner of FEI Reining money and is the winner of the Open and Restricted World Reining Masters Gold medals in 2007, 2008 and 2009. This incredible performance horse is still showing at selected events and his earnings are now in excess of $390,000.

Here is a You Tube clip of Smart Spook's futurity run