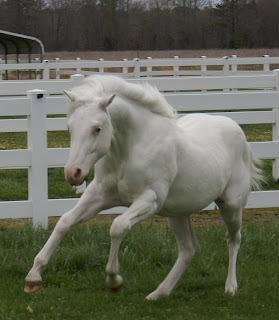 We had a Sliders meeting last night to discuss our upcoming tack sale at the horse bazaar and to nail down some details of our upcoming clinic/schooling show with Gus. In the ensuing conversation, the topic of unethical practices in the show industry, came up. It was an interesting discussion. The talk started around the practice of some people drugging their show horses at shows, and evolved into a general discussion about the ethics of the 3 year old futurities and what people will/have to do (trainers and owners alike) to get their babies ready to go into such high pressure situations. We also talked about the "throw away" mentality, that appears to be common in the quest for futurity prospects, and how young horses get pushed too soon too fast and end up blowing their minds and/or bodies, and are ruined for life.
This is such a huge topic, that I could go on at length, and the longer I stay involved in reining specifically and the horse industry in general, the more formed and (in) formed my opinions become. My "reality check" is a daily dose of the Fugly Horse Blog", which I have referred to a few times on this blog before. Her blog IS totally devoted to bad practice in the horse industry, and in my opinion her commentary is right on the mark. I would encourage anyone to spend some time reading her back posts, and some of the hundreds of comments most of her posts generate.
Instead, I thought I would write about one horse's story I have been following for 3 years. This is the story of Guns And White Roses, a sabino daughter of the famous GUNNER (Colonel's Smoking Gun), and out of an NRHA Money earning mare.
I first came across this story when I was perusing the sale ads on Reiners World, a sale web site devoted to selling reining horses. She was listed under the weanling page, and although I can't remember the exact wording it was something like this: "FOR SALE, DEAF, CONFORMATIONALLY CHALLENGED REINING PROSPECT". She was listed at a ridiculous high price (if I recall, over 10,000.00), and included this picture: 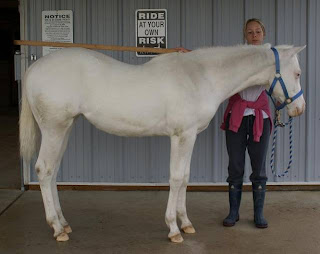 It was such a strange ad!! Was this some kind of joke?? I had to follow up. The owner had a link to her blog, and when I went there, this was the story:
She had been looking for a reining prospect from Gunner, specifically, a sabino filly, and had found the perfect candidate from a reputable breeder. The price was out of their budget at the time, but as a birthday surprise, her husband took the plunge, and bought the horse, and had her shipped. Although he bought her without seeing her in the flesh, these were some of the pictures that they were using to make their decision, and the dealers are noted for breeding some of the best reining horse blood lines in the industry. 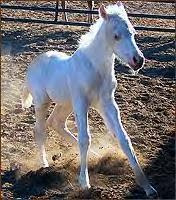 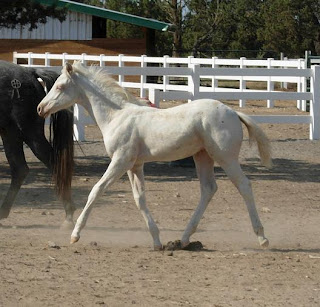 Nor can you see any issues in this picture

BUT, conformationally challenged she was! It was a SEVERE case of equine lodorsis. When Rose stepped off the trailer, the new owners were horrified. Upon contacting the breeders, they were met with denial. She was going through a "Growth Phase", they were told, and the "reputable"breeders refused to buy her back. It was a hard lesson in "buyer beware". The family was devastated. All their dreams of a futurity prospect were doomed, and it appeared that their huge initial investment in this filly was unrecoverable. However, what was there to do? Rose, became "one of the family", and quickly won her way into their hearts.
I continued to follow Rose's life on the blog, and watched as the family chronicled her journey.

Here she is as a yearling filly-the Lodorsis still VERY apparent. 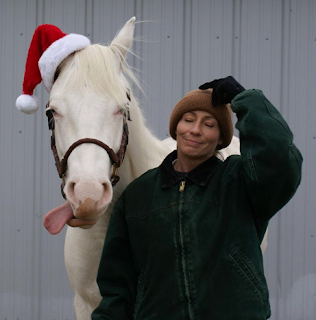 Despite her condition, it also became quickly apparent that Rose was a very special horse. Amazingly agile, given her condition, intelligent, and highly trainable, with a quirky personality, the family simply fell in love with her-despite her condition.
As Rose entered her 2 year old year, the family started to investigate if there would be any possibility of even getting her going under saddle. Rose was looking for a "Job" and they wanted to give her something constructive to do (instead of digging for gophers out in the field-a "Rose" quirk) ...maybe driving might be an option. Many consultations with trainers, vets and equine specialists later, they made a decision. They would see about starting Rose under saddle, and play it by ear, taking their cues from Rose herself. Since reining was the discipline for which she was bred, they started a search for a reining trainer that would consider taking Rose. After much searching (what professional reining trainer would take on such a prospect?), they hooked up with Canadian, Francois Gauthier, and the rest as it is said...is history. Rose took to her training like a duck to water. Here is a video of her show career debut. The run is by no means perfect, but pretty amazing considering all the facts!

In fact, she displayed so much talent, that Francois decided to take her to the NRHA 3 year old futurities last November. 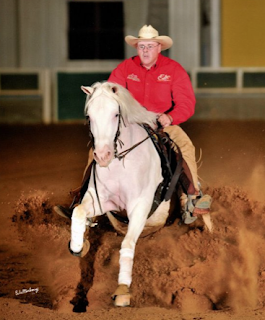 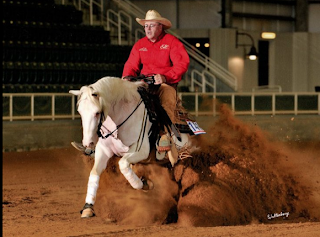 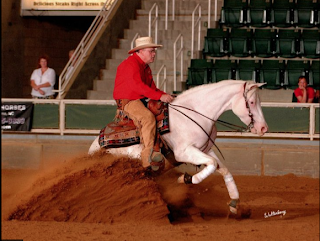 WOW!! I got to tune in to see her run on the live feed, and it gave me goosebumps. She didn't win...didn't even place in the top, but it really didn't matter. Here was a horse, that, even by a lay person's standards, would NEVER have been given a chance to do what she had accomplished. This severe conformational flaw would have excluded her from ever being considered as a prospect by any professional in the reining industry, and yet here she was-competing against the top horses in the world, and holding her own.

So why this lengthy post about Rose?
I like this story. In an industry plagued by bad practice, it highlights the fact that there are people out there that still have their morals and integrity intact. That there are people that take their horse ownership seriously and responsibly, and are willing to do the best by their animals under ANY circumstances. That there are professional trainers that are willing to consider the best interests of the horses in their care, and that will work with the owners to help them achieve THEIR goals. AND, I like stories with happy endings...
After the futurities, guess what? The family took her back home-she's having a well deserved break, and will go back to Francois this spring to get ready for the upcoming show season. They are TRAIL RIDING her! and TURING HER OUT WITH OTHER HORSES!! Yes, Rose has a life-and a good one at that!! She is one of the lucky ones!
You can follow Rose's journey on her Face Book page or on her Blog

So if you have made it all the way through this post, now it's your turn. I would love your feedback on this story and your comments/experiences/stories on anything I have touched on in this post.
Posted by Isabella at 12:14 PM